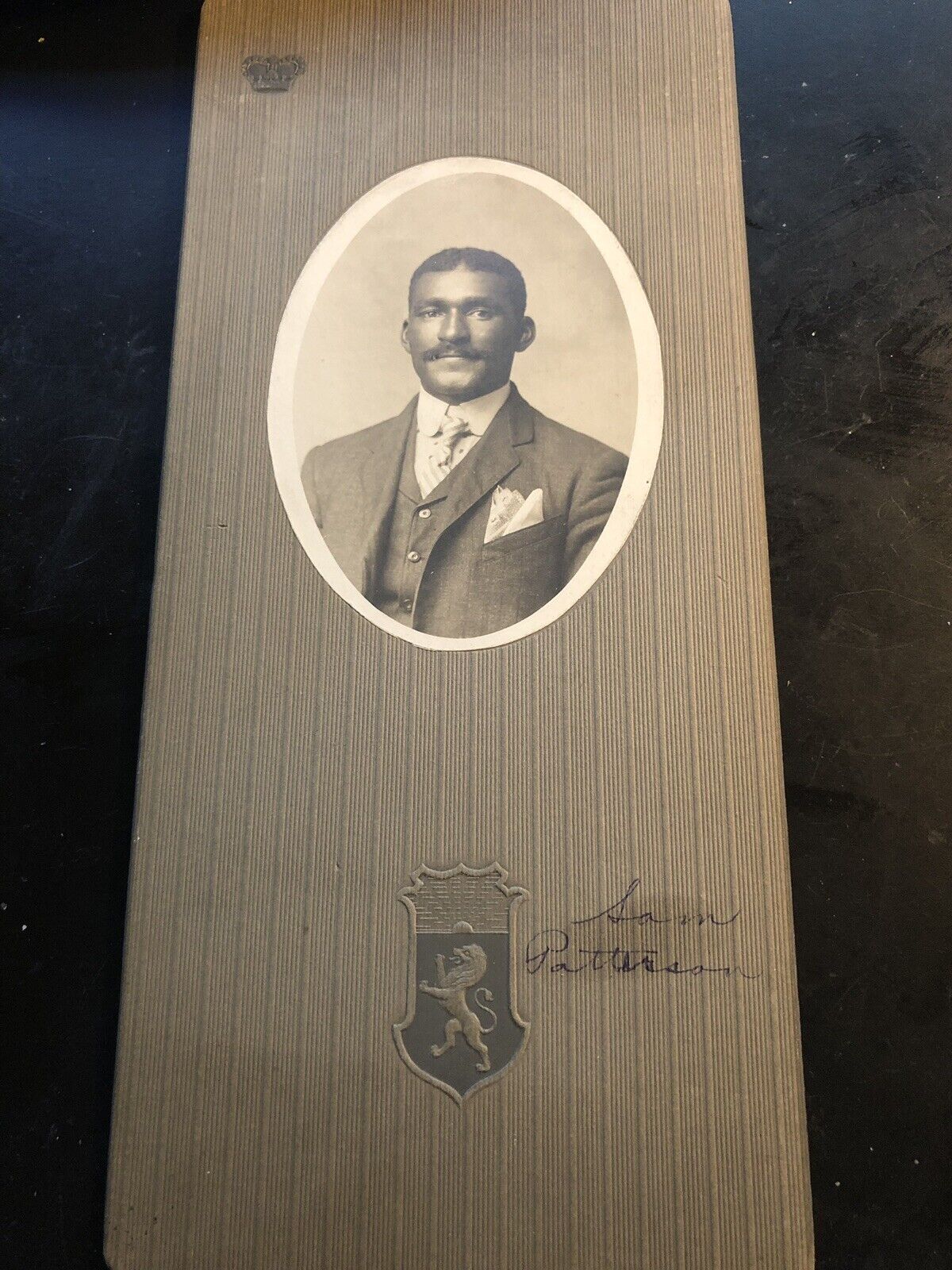 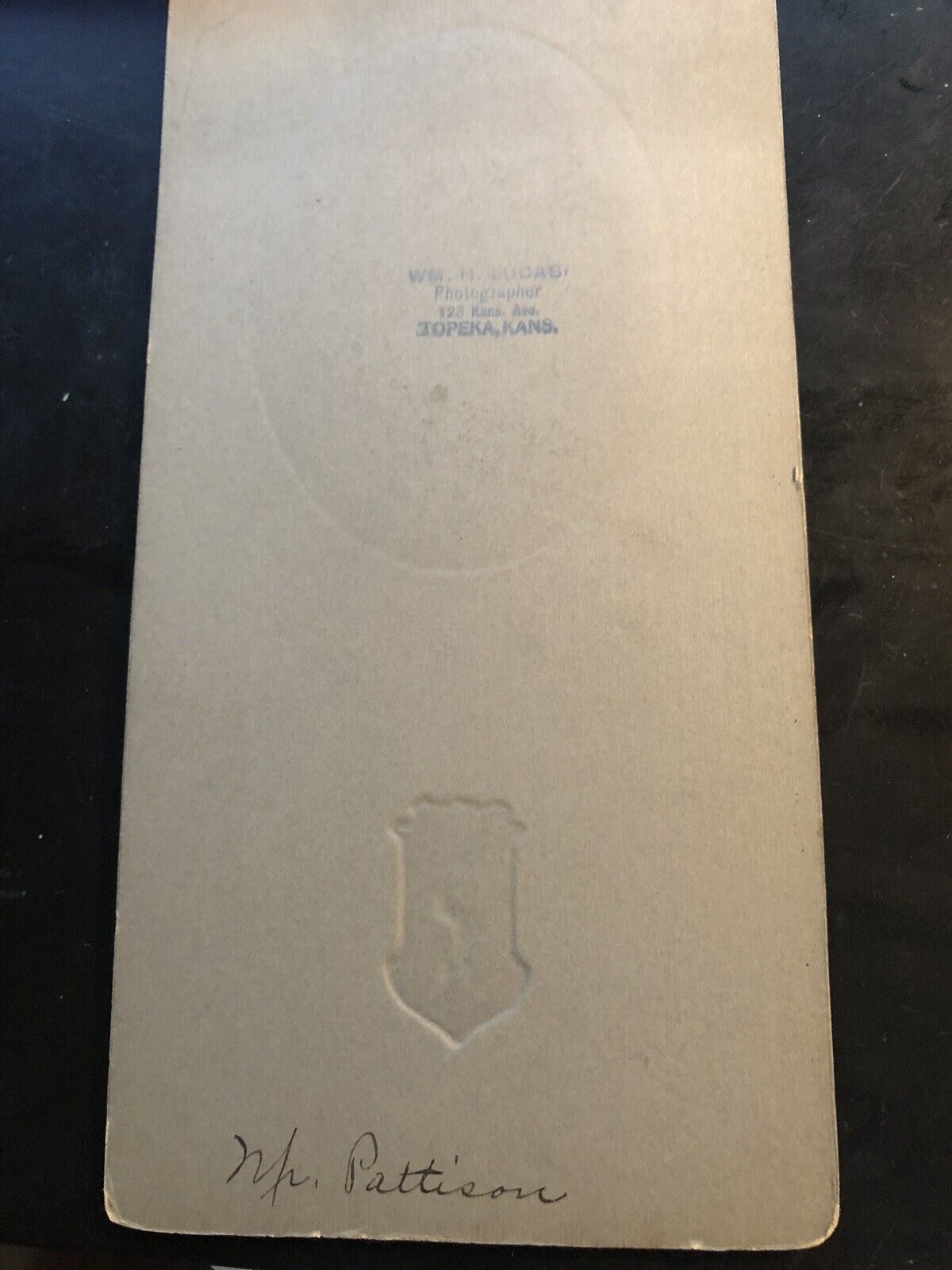 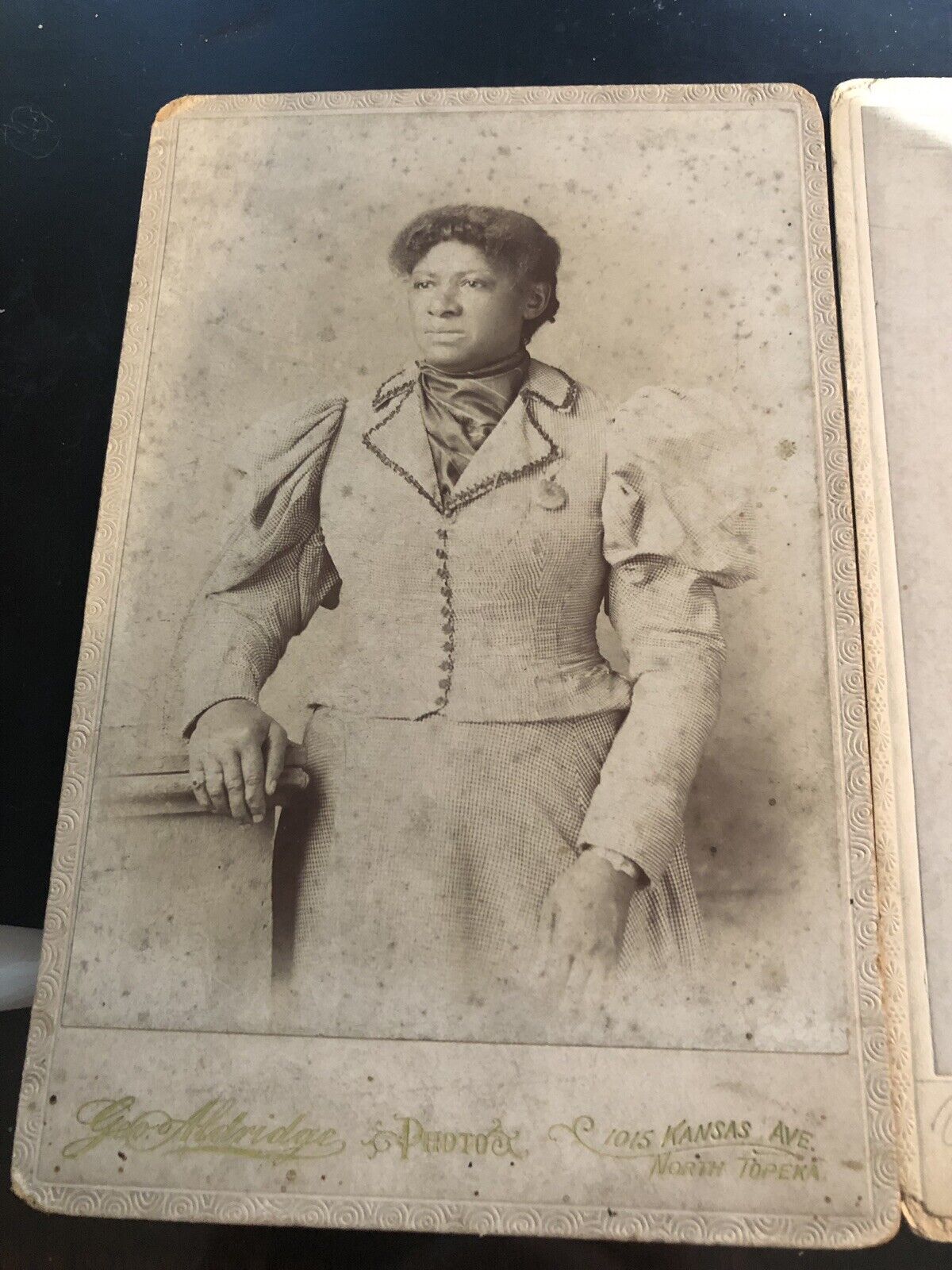 Posted by Christine at 8:47 AM No comments:

Posted by Christine at 8:47 AM No comments:

This little business card is one of the pieces of ephemera that I picked up years ago and it has been sort of wedged in my mind..I have always intended to give it to Joan Barker at THS as I feel the THS collection is probably the highest and best use, but I haven't, I have studied groups at the turn of the century for years, or that is my excuse. Today, I ran into my hero, Nick Chiles attending an International Order of 12 meeting in Ft. Scott (this is in 1904) and this little card popped into my mind. After getting way sidetracked from my original purpose, I discovered the Order of 12 was a force in Topeka from before the Plaindealer began in 1899. It was an order of black Masons, it met at the Shiloh Baptist Church for at least part of it's existence and it had books printed (I would love to come across one of them if anyone does let me know). And yes, it had a junior club that was at THS and this a membership to that club. I am putting this away for today, but sorry, Joan Barker, I am going to hang on to the card until I learn the rest of the story, then it can reside at THS. 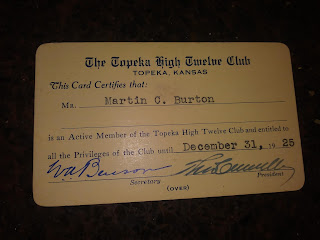 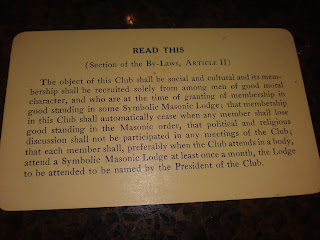 Posted by Christine at 5:16 AM No comments:

Putting Topeka in the National perspective

From In Search of the Racila Frontier: African Americans in the American West by Quintard Taylor

Exclusion of black children from public schools in rural counties

1867 US Congress passes the first of three Reconstruction Acts which require a new constitutional convention to be elected by all eligible male voters, denied voting rights to ranking ex Confederates.

1870s--46 Freedman's Bureau sponsored schools , 5, 182 students  enrolled whereas there had been 11 African American students in the whole state ten years before

Early 1870's--Black TX brief period of a strong voice. 14 blacks served in office (blacks made up 30% of the state's population, but blacks never exceeded 12% of the legislature) Led by George Ruby  and Matthew Gaines--called for integrated public schools.

1865--Brevet Major General John Sanborn appointed special commissioner ot investigate conditions of freedpeople in IT.  Visited and recommended ex-slaves be given a tract of country by themselves.

Seminole and Creek favored incorporation of former slaves into tribes

Chickasaw and Choctaw exhibited a "violent prejudiced" toward freedpeople with assaults and murders.  Federal government had to place troops to protect freedpeople.

1866 US gov. nullifies previous treaties with the 5 Nations and creates new treaties which abolished slavery, required tribes to cede the western half of their lands to the federal government and called dfor reorganization of the tribal governments. Tribes could individually decide fate of freepeople.  Creek and Seminole made former slaves tribal citizens with full civil and political rights; 18

1866 Choctaw and Chickasaw refused to share land/property because other slaveholders of the Confederacy had not been forced to do so.  Enacted black codes including vagrancy act, vigilantes forced many to flee.

Allen Wilson case--Attr. General declared that the US was not bound to regard Cherokee law as the final word in intruder cases.  Making it virtually impossible for the nation to remove Wilson and other ex-slave intruders, opening up the nation and IT to non-Indian intruders.

1867--vote was granted to black men in the Dist. of Columbia; the Territorial Suffrage Act extended suffrage to western territories (without President Johnson's signature).  Reconstruction Act extends suffrage to freedmen in the former Confederacy.


1869--15th Amendment ratified by 2/3 of the states enabled black men through out the nation to vote.

Posted by Christine at 4:32 AM No comments:

I am reading Robert Caro's new book, Working. He is the author of the definitive book on Robert Moses--the New York powerbroker and the four volumes of the Path to Power series on LBJ, some of my favorite books.  It is a bit of a boast but Caro and I think along the same lines.
Posted by Christine at 4:02 AM No comments: