Audel's and the Front Porch 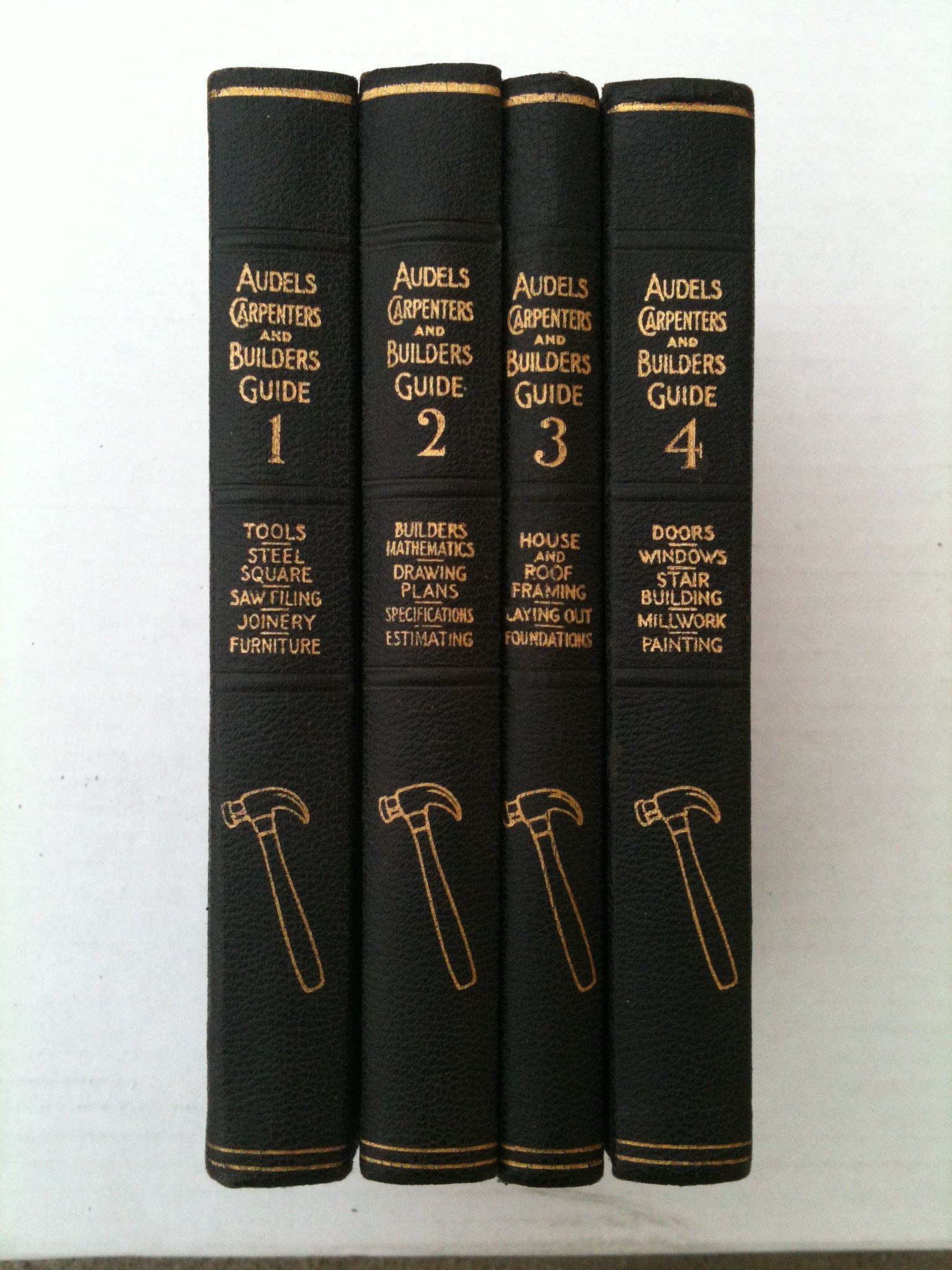 Audels Guides.  There are a number of them  They began in the 1920's by Frank Graham and they are the compendium of knowledge about how to build.  They are small, about 4" x 5" each with faux leather binding, that is neither hard nor soft.  Our sets--each trade has it's own set- are worn but that perfect paperback size, but soft, supple and the epitome of what a beloved old books should be.  I am not sure how my husband found these, but he did early on when first bought our 1887, altered and imperfect Queen Anne.  Since then every project has begun with these guides and a lot of thought.  The current project by the way is the rebuilding of the front porch.

The front porch.  One of my favorite features of the house and one of the most used "rooms", but one of the most f---up from a design standpoint.  I love it without regard, it is one of my must haves in life, there a lot of things that I don't need/could do without but the front porch is not one of them, I would give up the tv, dishwasher, car.....before I gave up the front porch.  Our front porch is an obvious alteration from the front porch that was originally on the house.  It has solid, blocky, craftsman style columns and instead of a railing it has fish scales. The fish scales formed a solid curtain around the bottom of the house from the porch railing down.   When we first moved in we took off the scales around the bottom and put on lattice, theoretically to improve air circulation but in reality because we wanted to see if there were  clues to the previous porch underneath, and with the dream of restoring it to a traditional Victorian wrap around.  No such luck.  We did find a couple glass bottles, some pieces of gas lighting (so we tend to think it was done at the same time as the house became electric) and a mummified cat skeleton (EECK!).  Over the years, other projects have taken precedence and to return the porch for the historic society we must find original pictures of it--which I have never been able to despite 20 years of off and on searching.  In those 20 years though I have come to appreciate the blocky porch, and it has  the benefit of hiding the person on the porch from passerbys both on the sidewalk and in the car.  Seeing without being seen.  It is a perk.

Over the years we have painted the porch many times, and replaced the stairs once, maybe twice? or there are two sets of stairs (although looking at the porch foundations you can see  where there used to a third set on the other side, where we currently have screened in).  But, water has been pooling by one of the sets of stairs and there was rot--which we have unattractively nailed plywood over and lived with for the past couple years.  But, this summer is the summer.  My husband has taken time off work and we (really he) is doing it.  But, as with most of our projects all began with these little books, this is where the research starts.

The original porch floor appeared to be fir.  We debated engineered lumber, but in the end we went back to tongue-in-grove fir, after all it had lasted 100+ years once, if we could do that well, it was good enough.  We then used a piece of guttering to soak the boards in a brine of borax (to keep out bugs--found this in the Audels) and silicone (waterproofing) and let them dry out and cure. Next I painted all sides with oil based primer and gave them a first coat. And the boards were ready, and other projects came up, so they waited patiently.

Demo was relatively easy. It is always the fun part. And we held our breath.  The damage to joists doesn't seem insurmountable.  The sill plate of the house is intact. There is ANOTHER mummified cat skeleton.  EECK! OMG!

The exterminator was here today and we are all clear. (Due to the rain he could not find the hornets/ground bees--yes--this is just like the lawn mower. It doesn't work for me, my husband looks at it and it hums, in this case he completely disturbed the leaves that I barely touched and NOTHING. He is coming back again next week when it is sunny. Oy vey.) Now, we are waiting on the stone mason. He has done the other 3 sides of our houses so he is betting this will need redone, but he is running 2 months or so out.....patience, it is better to do it right than fast. (super glad he has not retired though).

Posted by Christine at 5:24 AM