--There is an ad for real estate in the Plaindealer with Scott and Co of 615 Kansas as the firm.  Is this connected to Elisha Scott?Thomas Scott is the superintendent of Lane's Chapel--connection?

--Frequently Col. Ingersoll is mentioned, I had never heard of him before...https://en.wikipedia.org/wiki/Robert_G._Ingersoll

The Freedman's Bureau that was formed after the Civil War never really lived up to this for nearly all the freed slaves--it did for a few and might have for more but Johnson vetoed extending it.  I always thought that Lincoln envisioned the Freedman's Bureau as being like the Marshall Plan in Europe after WWII.

--A page or more of the paper is dedicated to P.H.Coney's letter to ex-Senator Ingalls--Ingalls had written an article for the New York Journal entitled "The Colored Man in the South"--which judging by the Plaindealer response and commentary was racist but I have not read the letter yet, (I have read ex-Senator Ingalls rebuttal which appeared in the paper) so I will not speculate if it was or was not.  Here is the wiki piece on Ingalls  https://en.wikipedia.org/wiki/John_James_Ingalls,
P.H. Coney turned out to be pretty easy to find a glimpse of as well...https://www.kshs.org/index.php?url=dart/units/view/40316.

--Another short piece on the Excelsior Investment Co., I wonder if this ever got off the ground.  A short google search and a look at the Secr. of State business entities found nothing, but  it bears looking into again later. It was some kind of mining business maybe in Bonner Springs, but I don't know of any mines in that area, this will reoccur. 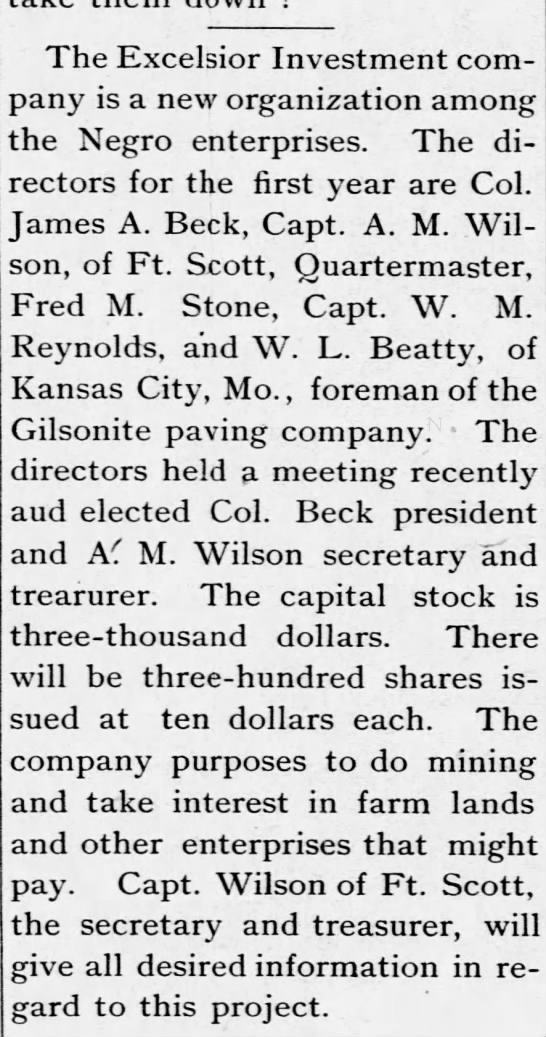 Posted by Christine at 6:59 PM